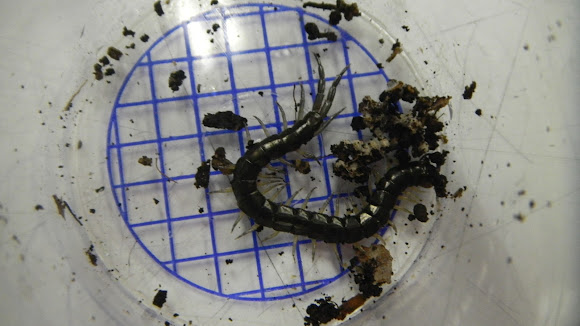 Close 3 inches long, and remains dormant. When he is moved slightly, the what I believe to be centipede moves, thinkign there is something to eat. His personality is very strange, because he stays still when tehre is no movement. He has two longer legs on his backside and two antennae on his head. I caught him living in the leaf litter, and dont worry I released him back where I found him.

Chilopoda The Difference Between a Centipede and a Millipede