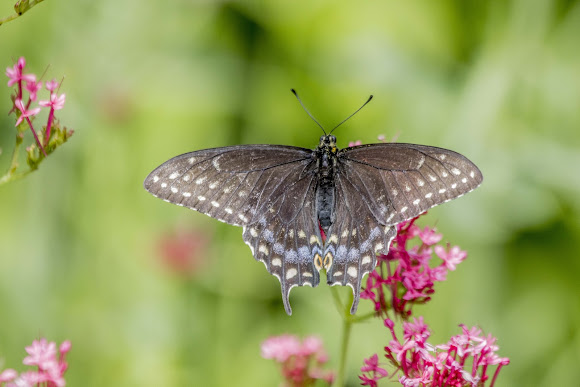 Upper surface of wings mostly black; on inner edge of hindwing is a black spot centered in larger orange spot. Male has yellow band near edge of wings; female has row of yellow spots. Female hindwing with iridescent blue band. In the Southwest, yellow forms predominate in the subspecies P. coloro.

A variety of open areas including fields, suburbs, marshes, deserts, and roadsides. Most of the eastern U.S., north into Quebec, west into s. Saskatchewan, Colorado and se. California; south to n. South America. Subspecies coloro in desert Southwest.

How beautifully nature express itself sometimes, if not all the time once you look at all the prespectives of this world and the habitats :)