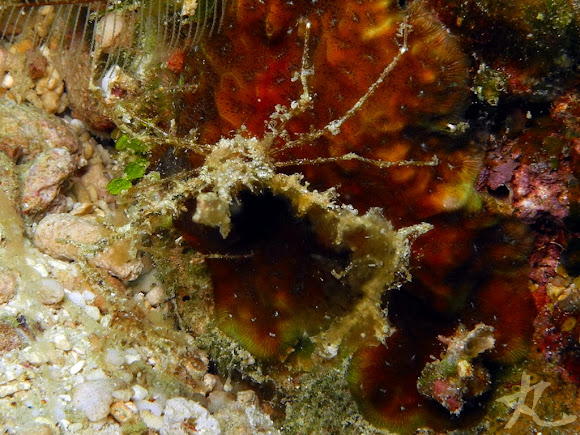 Mistakenly referred to as spider crab, A. spinosus is a type of decorator crab that associates with algae and hydroids for camouflage. It has an oval body and a prominent rostrum (anterior projection in front of the eyes). It has long, spindly legs that it usually covers with algae.

Found in external reef slopes; widespread in the Indo-Pacific region.

Spotted this critter because it made a movement -- otherwise, it would've remained completely camouflaged by the hydroids and surrounding coral. It was at a depth of about 14m at the Dayang Beach dive site.