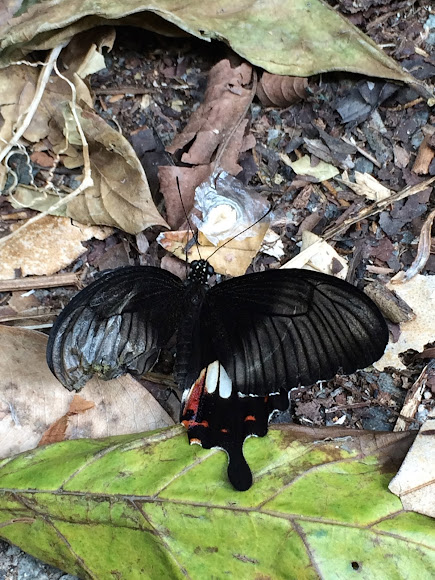 About 2 inches in length, 1 to 1.5 inches in width. Beautiful patterns on the base of its wing. One wing is stretched out and colourful, the other one is a rumpled and ripped looking. Was flapping its wings wildly.

Found fluttering in the bushes at the Singapore American School Secondary Rainforest.

I thought the butterfly lost a quarter of its wing but our teacher said it was a butterfly that just came out from its cocoon so it's just spreading its wings. She said not to worry because butterflies when they come out of their cocoon flap their wings really quickly to pump fluids into their wings to spread them out.

I don't think this is a plant. You might want to remove it from the rainforest plant life mission