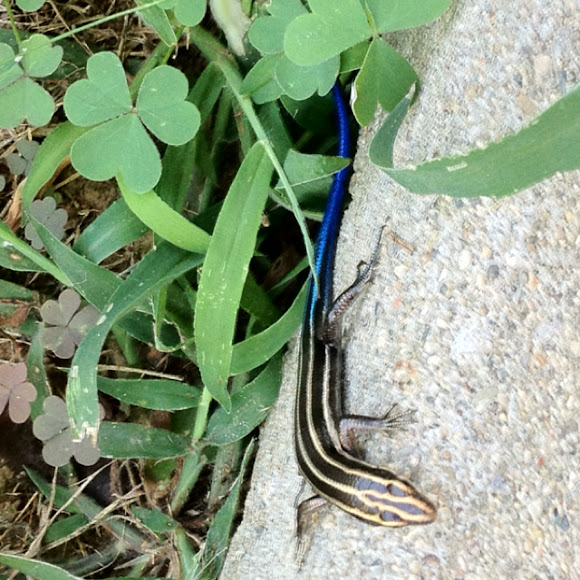 Black body base with five dramatic lines running across the top and sides of the body from nose to tail-tip. The lines begin as a gold-yellow color at the nose and turn a bright electric blue toward the tail. As they mature, the colors turn toward beige and brown, with the males having a red-orange head.

My husband's boot (good thing it was fast). This shot is after we removed him from the house.

Also commonly called a blue tail skink, which is technically incorrect. One of the most common lizards in North America. Handle carefully; they may abandon their tail if they feel highly threatened.