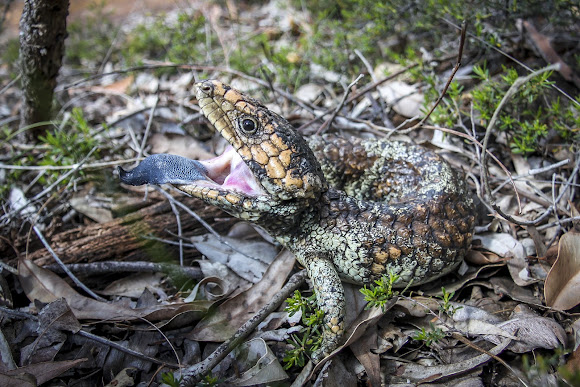 Part of the blue-tongue skinks, this Western Australia native in locally known as Bobtail. A strongly built lizard of about 30 cm from snout to the tip of the tail, which is quite common, although difficult to spot among leaf litter due to its cryptic coloration. Its body is covered in large scales, giving the appearance of shingles. The stumpy tail is believed to function as a distraction for predators, as it resembles the head; it also contains fat reserves that help this skink to get through the colder months. The Bobtail is known to mate for life, and some animals have been spotted remaining with a dead mate, as if mourning.

Dry eucalipt forest and scrubland in Western Australia; can also be found in arid or semi arid regions.