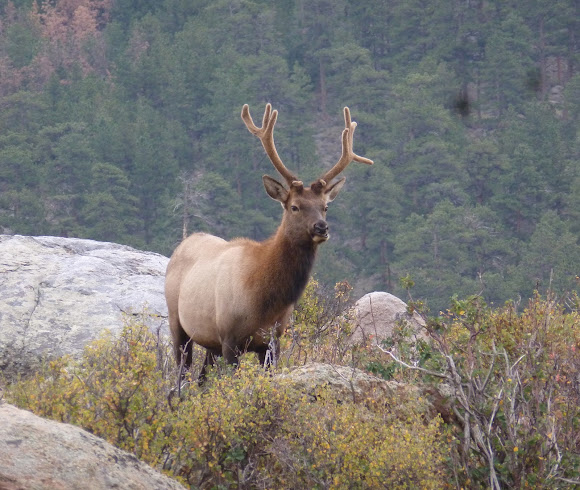 This one still has the velvet on it's antlers