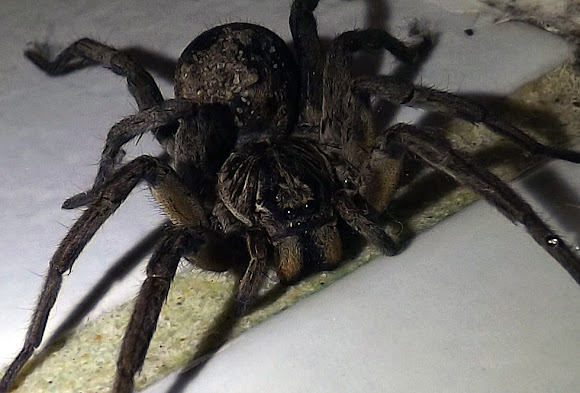 Female, 20-25mm body length, very subdued although bit anything that came within range after she was captured they appeared to be warning bites.

Looking online, possibly Tasmanicosa sp. Further id being sought http://www.arachne.org.au/01_cms/details... Close ups of the eyes seem to make the identification as Lycosidae certain (Lycosa furcilata?) http://ednieuw.home.xs4all.nl/australian... Attempts to further identify this spider where repulsed by experts who tell me that the science now hangs on new studies currently in process and all that was may be no more. Identifications made previously are suspect and so they would not commit.

She came to me Neil. I was delighted to meet her. She was a big and ancient matriarch I think. Wonderful!