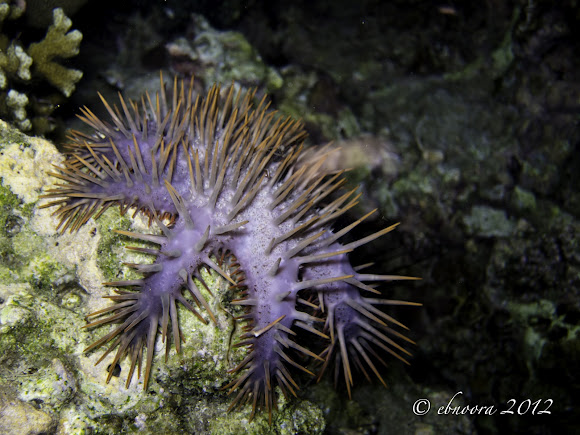 The crown-of-thorns is the second largest sea star in the world and is a corallivore, a carnivorous predator that preys on reef coral polyps. Outbreaks of crown-of-thorns have been blamed for widespread reef destruction.

Spotted during a night dive at a depth of about 6 m. Fourth picture shows an emperor shrimp (Periclimenes imperator) within its thorny body.