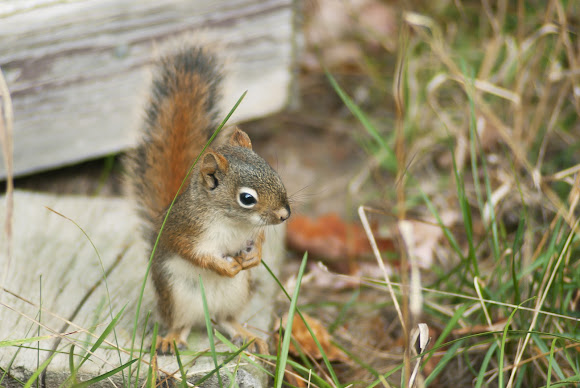 About the same size as an Eastern Chipmunk. As cute as these little guys are, they are super destructive to my cabin, and a pest in general. One ate a hole in the front of my cutlery drawn and made a nest in it! They eat mostly conifer seeds, but will eat anything not under lock and key. Their numbers seem to dwindle every so often in a cycle based around the presence of the martin. The martin either decimates their population or causes them to move on.

Diverse woods near a small lake.

Love the picture and the story!

A number of people where I'm from don't like these squirrels, but I love their personalities. Awesome photos.