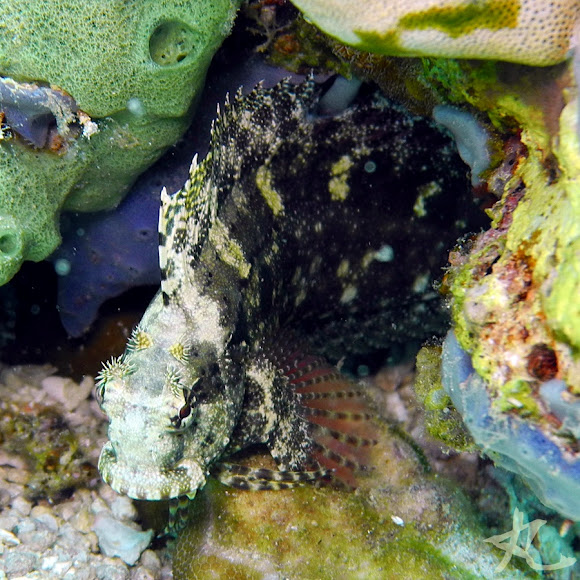 This blenny has a series of dark blotches along the body, the most darkened of which are the chest and belly -- that's what distinguishes this from the similar species, Salarias fasciatus; in addition, S. ceramensis has 15 pectoral-fin rays, while S. fasciatus only has 14.

Salarias ceramensis is found in the Coral Triangle region: the Philippines, Indonesia, Papua New Guinea and the Solomon Islands. There are also records of sightings from Palau. This species occurs in sheltered bays and lagoons, often in silty habitats, among mixed algae-and-coral-rubble areas, to a depth of about 10m.

Spotted this hyperactive blenny in less than 5m of water at the Marissa 1 dive site, off the western coast of Samal Island. It was trying to avoid detection by constantly changing places. At one point it even flattened itself on a rock, hoping that it would be camouflaged, I guess. Can you see him in the 5th picture?