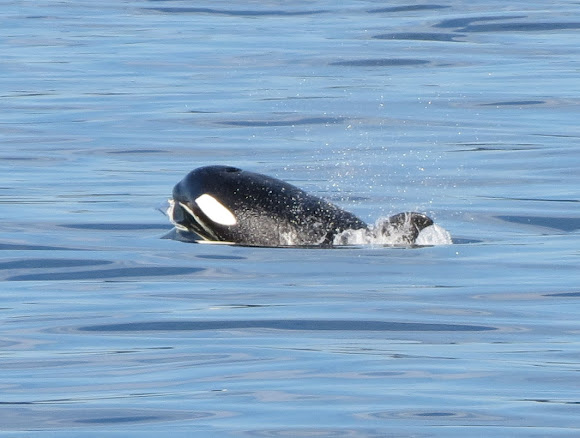 These are Transient Orca whales. The diets of these whales consist almost exclusively of marine mammals; they do not eat fish.[20] Transients generally travel in small groups, usually of two to six animals, and have less persistent family bonds than residents. Transients vocalize in less variable and less complex dialects. Female transients are characterized by more triangular and pointed dorsal fins than those of residents.[20] The gray or white area around the dorsal fin, known as the "saddle patch", often contains some black colouring in residents. However, the saddle patches of transients are solid and uniformly gray.[20] Transients roam widely along the coast; some individuals have been sighted in both southern Alaska and California.[22]

A group of 6 Transient Orca's that we watched for over an hour.

Going off the sharp, pointed dorsals and the shape of the eye patches these are definitely transients. Beautiful sighting!

How can you tell? I'm just going off what our boat tour guide told us.