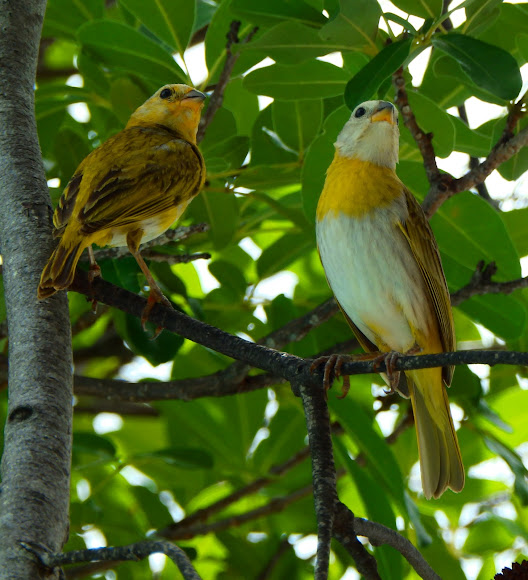 The male is bright yellow with an orange crown. The females are more confusing and are usually just a slightly duller version of the male. They have a pleasant but repetitious song which, combined with their appearance, has led to them being kept as caged birds in many areas. Males are polygamous, mating with two females during the nesting season, and territorial, which has led to the species being used for blood sporting with two males put in a cage in order to fight.[2][3]

It is a tanager from South America that is common in open and semi-open areas in lowlands outside the Amazon Basin. Typically nesting in cavities, the saffron finch makes use of sites such as abandoned rufous hornero (Furnarius rufus) nests, bamboo branches and under house roofs - this species is tolerant of human proximity, appearing at suburban areas and frequenting bird tables. Honoring this description we saw them often in trees near the dining area of our lodge. Bonaire.