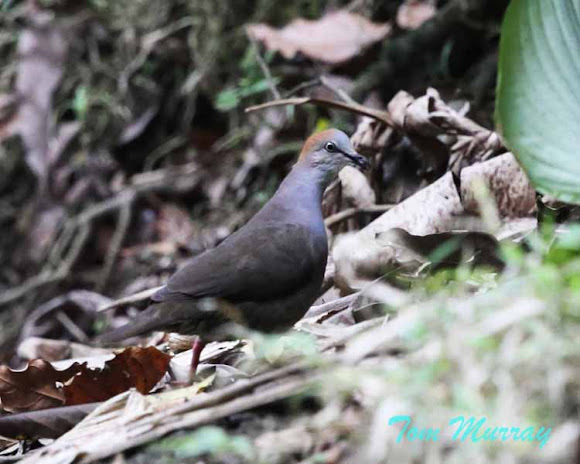 The Gray-chested Dove is found over much of Central America, from Guatemala southwards, as well as in parts of northern and western Colombia. It prefers second-growth vegetation and has been recorded to approximately 1400 m elevation. Compared to its congenerics, the Gray-chested Dove should be readily distinguished, given a good view, by its rather darker head and underparts than other Leptotila. In common with other members of the genus, this species is likely to be initially located by its calls, in this case a low-pitched, single-noted whooooh, which rises slightly at first and then falls. Also, like other Leptotila, the Gray-chested Dove is most readily encountered on the ground, when searching for seeds and small insects, and is always observed singly or in pairs. It is generally fairly common throughout its Central American range, but rather less abundant in Colombia. (Cornell)