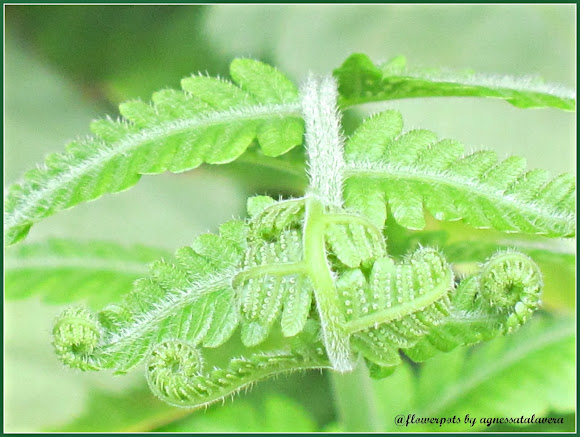 Dryopteris filix-mas (Common Male Fern or Male Fern) is one of the most common ferns. The plant is mostly known by the people under the name of Worm Fern due to the fact that it was used in the past as a medicinal plant against worms. This herbaceous and perennial plant grows until 1 m, is part of the Aspidiaceae (syn. Dryopteridaceae) or Wood Fern family.

Shady part of our garden, in Biñan Laguna, Philippines.