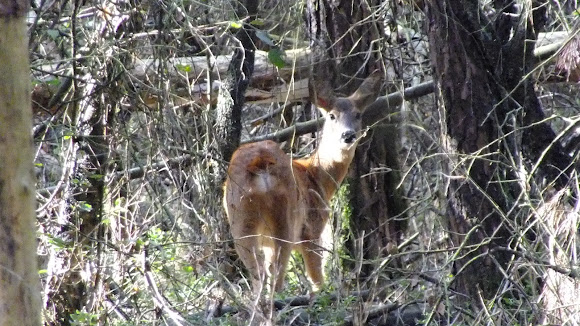 The Roe deer is a little deer that has a long neck. In winter its color ranges from dark brown to grayish-brown. It has a large white caudal patch. In summer, their color is reddish to red-brown. Male deer develop thick skin on their heads, necks and the anterior part of the trunk. The tops of their heads are brown or gray with the metatarsal glands being brown or dark brown. These deer molt in spring and again in autumn. Their young, called kids, are spotted. They have antlers which are shed each year during October and November, re-growing immediately afterwards. The males are slightly bigger than the females, with tuberculate, three tined antlers and well-defined basal rosettes. Their hooves are short and narrow with well-developed lateral digits.

The roe deer is primarily crepuscular, very quick and graceful, and lives in woods, although it may venture into grasslands and sparse forests. They feed mainly on grass, leaves, berries, and young shoots. They particularly like very young, tender grass with a high moisture content, i.e., grass that has received rain the day before. Roe deer will not generally venture into a field that has had or has livestock in it because the livestock make the grass unclean.