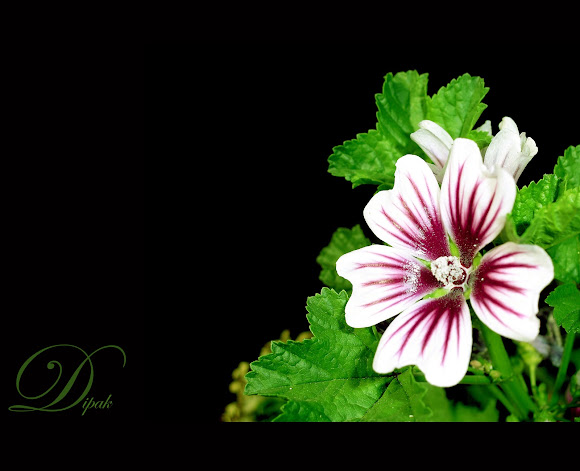 Malva sylvestris is a species of the Mallow genus Malva in the family of Malvaceae and is considered to be the type species for the genus. Known as common mallow to English speaking Europeans. Malva sylvestris is a spreading herb, which is an annual in North Africa, biennial in the Mediterranean and a perennial elsewhere. It grows mostly as a weed in India. -Source: Wikipedia