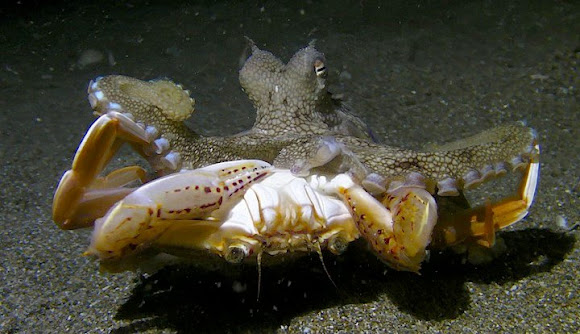 They are mostly found in sandy bays and lagoons, especially in the shallows. They feeds on fish and crustaceans. In this sequence of pictures, this particular Veined Octopus was feeding on a Swimming Crab.

Veined octopus has been observed with bi-pedal behaviors, meaning they can be seen walking on 2 of their arms/tentacles.

Thanks, @Marek.
I will add all my related spotting to Cephalopods of the World :)