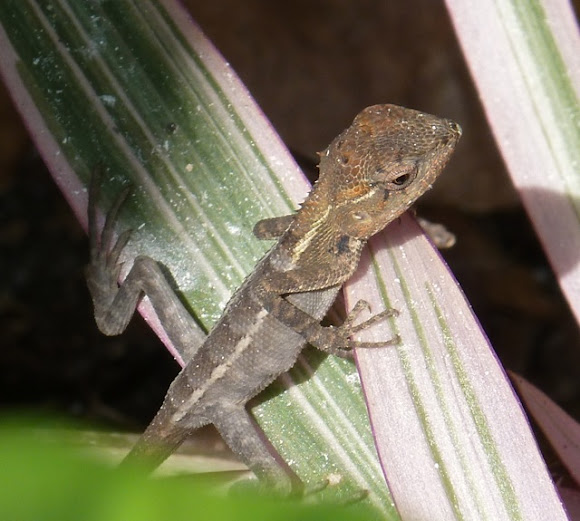 The Oriental Garden Lizard, Eastern Garden Lizard or Changeable Lizard (Calotes versicolor) is an agamid lizard found widely distributed in Asia. It has also been introduced in many other parts of the world. It is an insectivore and the male gets a bright red throat in the breeding season leading to a common incorrect name of "Bloodsucker".

A smallish lizard, in my garden in Tamil Nadu.