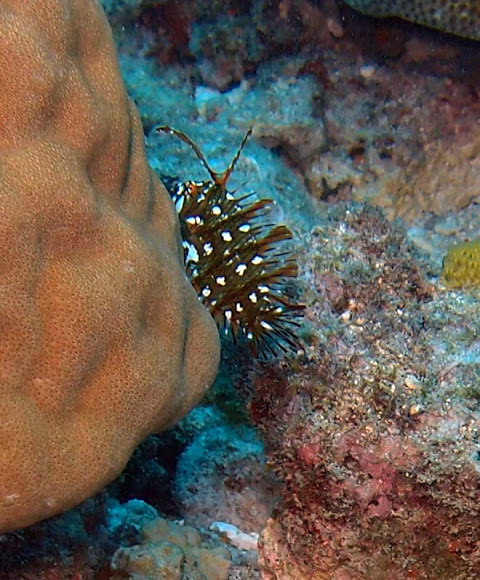 The common name, "Rockmover Wrasse", comes from their behavior of upending small stones and reef fragments in search of prey. Juveniles and adults have a markedly different appearance. In juveniles the first two dorsal fin spines are long and extended, drooping over the fish's forehead to form a "cowlick". As the fish mature, the elongated rays are lost. Adult fish have a dark greenish-brown body with an elongated white spot on each scale. Their head is gray-blue with brown lines radiated from their eyes. There are two black spots in front of the dorsal fin and a wide vertical white bar on base of the caudal fin. The posterior part of their caudal fin and pelvic fins are black. Juveniles found in Hawaii are usually green and those in the western Pacific are burgundy to brownish. Both are spotted in white.

Is a wrasse in the family Labridae that is mainly found in coral reefs and lagoons in the Indo-Pacific region. These include habitats in the Gulf of California to Panama; tropical Pacific Ocean Pacific islands including Hawaii; the Philippines, Indonesia and Australia; and the Indian Ocean to the east coast of Africa.