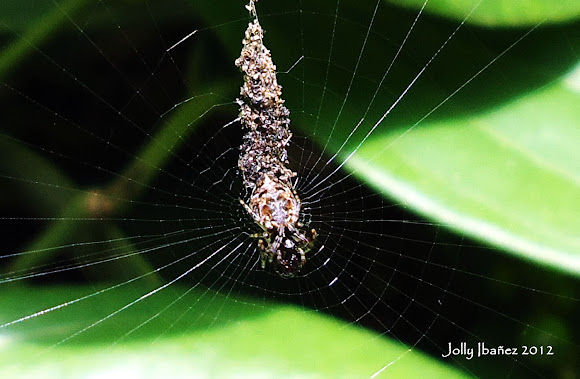 Cyclosa is a spider genus in the family Araneidae. One small species from Guyana (described under the nomen dubium C. tremula) has a striking black and white pattern and rests in the center of an orb web with greyish "imitation spiders" it has created from prey remains. If the spider is disturbed, it vibrates its body, so that the black and white patches blur into grey, thus resembling the false spiders.[1]

I found this web attached to coffee plants

Thanks Atul for the ID