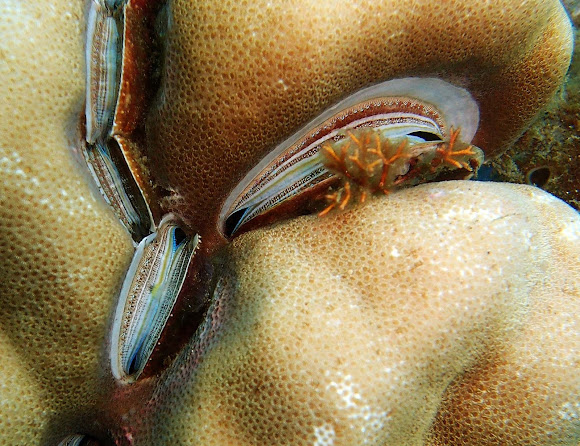 Diameter 1-5cm. A circular two-part shell. In some the shell is covered with encrusting fluff, in others, some patterns may be seen. They are often seen in hard corals with branching or leafy forms such as Acropora corals (Acropora sp.), Crinkled sandpaper coral (Psammocora sp.) and Branching pore coral (Porites sp.). In some places they are brightly colored often in shades of red and blue. In other places they have a tan mantle with brown and green.