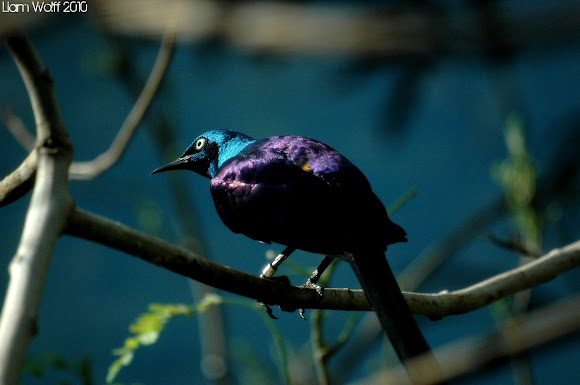 "The Golden-breasted Starling, Cosmopsarus regius also known as Royal Starling is a medium-sized, up to 35 cm long, passerine in the starling family. The adult has a metallic green head and upperback, bright golden yellow breast and belly, dark bill and legs, white iris and metallic violet blue on wings, back, neck and its long tail feathers. Both sexes are similar. The young is duller than adult. The Golden-breasted Starling is a social animal, living in groups of three to twelve individuals. Its diet consists mainly of insects and termites. Adult birds catch insects in flight and dig up termite mounds to find prey."

Captive bird at the Riverbanks Zoo and Garden, Columbia.