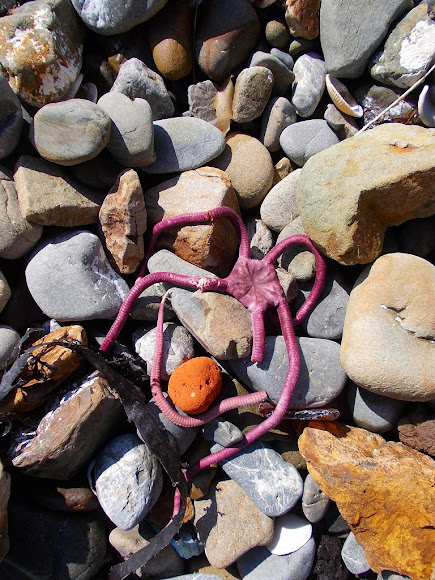 The snake star (Pectinura maculata) [weki] is a most unusual brittlestar. It has long, rounded arms which do not break off easily and it gives live birth! In an aquarium it takes food from one's hand by coiling the tip of an arm around it and bringing the tip of its arm to its mouth. The snake star is rarely found in rock pools as it prefers deeper water where it lives under stones. This dead snake star was spotted near Waitaha cove, Wellington NZ.

I spotted several dead brittlestars of that species, but unfortunately they are usually too damaged...I really like their color...

Great find and info Despina. I guess it's not long gone as there is still colour.