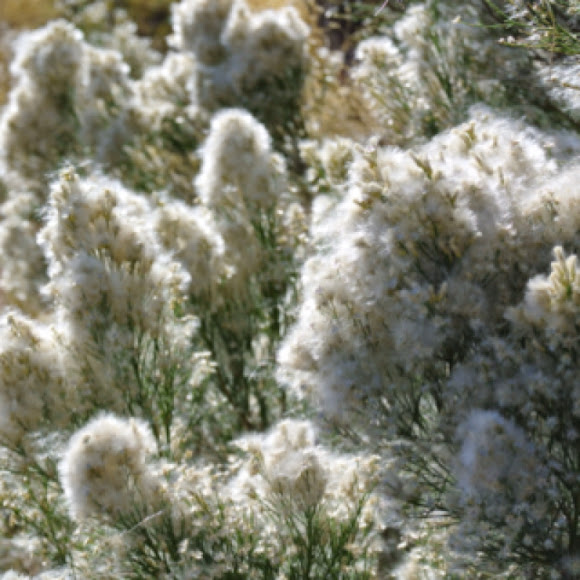 A small shrub sending erect stem branches to heights between .5–1 metre (1.6–3.3 ft). It produces flat lance-shaped leaves up to 3 centimeters long. The stems and cool gray foliage are covered in woolly white hairs which age to a reddish color. The tops of the stem branches are occupied by plentiful spike inflorescences from March to June. The shrub is generally monoecious, with each upright inflorescence holding mostly staminate flowers with a few pistillate flowers clustered near the bottom. The staminate flowers have large, woolly leaflike bracts. The pistillate flowers have smaller bracts and develop tiny white fruits. The silky hairs on the fruits allow for wind dispersal.

Roadsides and yards in southern Arizona.

Cultivated in the specialty plant nursery trade as an ornamental plant for xeriscape and wildlife gardens, and native plant natural landscapes. The light gray foliage can be a distinctive feature in garden designs. The plants are very long-lived. This species is an important winter forage for grazing domestic and wild animals. Winter fat was a traditional medicinal plant used by many Native American tribes that lived within its large North American range, for a wide variety of ailments and benefits.