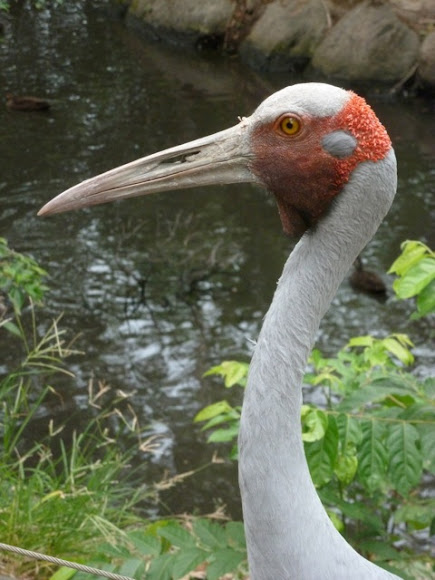 The Brolga (Grus rubicunda), formerly known as the "Native Companion", is a bird in the crane family. The bird has also been given the name "Australian Crane". The Brolga is a common gregarious wetland bird species in tropical and eastern Australia, well known for its intricate mating dance. It is the official bird emblem of the state of Queensland.

Brolgas are widespread and often abundant in north and north-east Australia, especially north-east Queensland, and are common as far south as Victoria. They are also found in southern New Guinea and as rare vagrants in New Zealand and the northern part of Western Australia.

This series of photos were taken in a wildlife park in far NE Australia.