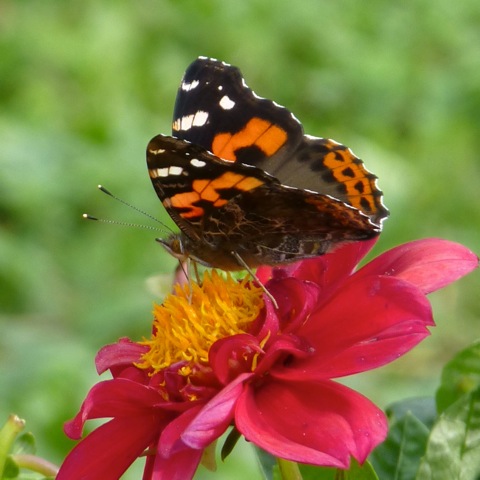 Vanessa indica, called the Asian Admiral in the United States and the Indian Red Admiral elsewhere, is a butterfly found in the higher altitude regions of India. It is a close relative of the Painted Lady. Resembles Vanessa cardui but the ground-colour is darker both on the upper and under sides, and the orange markings deeper and richer in tint.

Seen in Kijimadaira Yamabikonooka Park at 700m in the mountains behind Nakano, Japan.

Thanks Daniele for the ID...