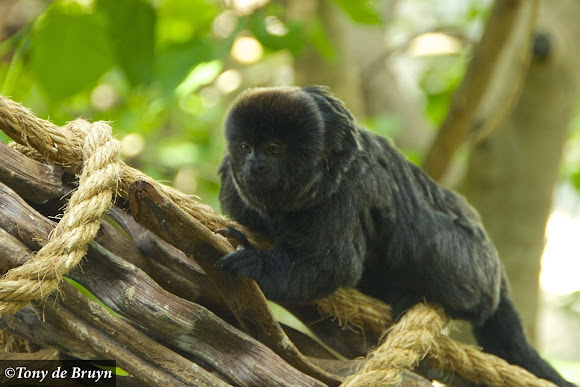 Females reach sexual maturity at 8.5 months, males at 16.5 months. The gestation period lasts from 140 to 180 days. Unlike other New World monkeys, they have the capacity to give birth twice a year. The mother carries a single baby monkey per pregnancy, whereas most other species in the family Callitrichidae usually give birth to twins. For the first 2-3 weeks the mother acts as the primary caregiver until the father takes over most of the responsibilities except for nursing. The infant is weaned after about 65 days. Females outnumber males by 2 to 1. The life expectancy in captivity is about 10 years. Pictures were taken at Artis, zoo of Amsterdam.