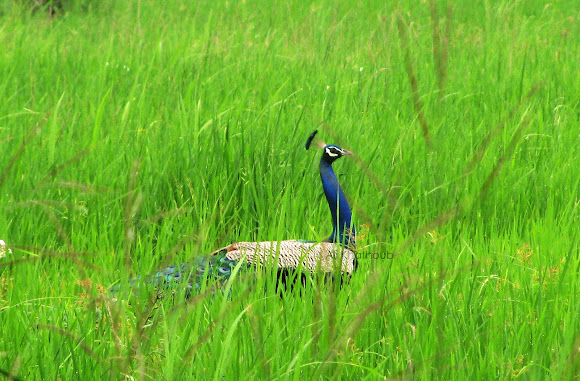 Peafowl are three Asiatic species of flying bird in the genus Pavo of the pheasant family, Phasianidae, best known for the male's extravagant eye-spotted tail, which it displays as part of courtship. The male is called a peacock, the female a peahen, and the offspring peachicks. The adult female peafowl is grey and/or brown. Peachicks can be between yellow and a tawny colour with darker brown patches. The term also embraces the Congo Peafowl, which is placed in a separate genus Afropavo.

Could you add these two to this mission as well?
http://www.projectnoah.org/missions/1694...
thanks in advance.

BTW please consider adding your this spot & the other one to the "Biodiversity of Sri Lanka" mission..
@ http://www.projectnoah.org/missions/8953...