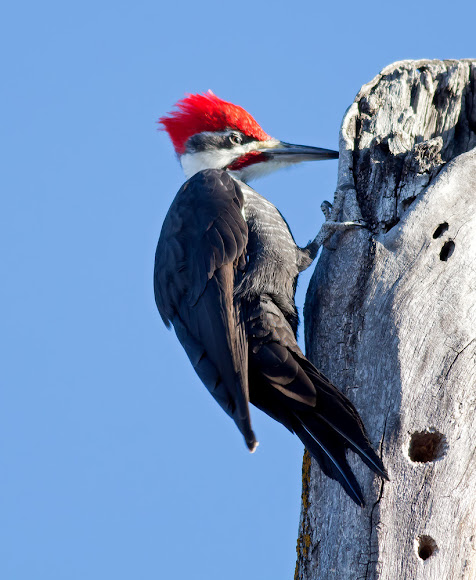 Forested areas across Canada, the eastern United States and parts of the Pacific coast. This bird favors mature forests and heavily wooded parks.

This was seen while birding a local park in Calgary. A nice bird to start the New Year with.

Yesterday I went on a 6 mile hike at a state park. So much fresh woodpecker evidence everywhere, but not a Pileated Woodpecker (my favorite) in sight.

Largest woodpecker in NA except for the Ivory-billed (probably extinct!). Gorgeous!

I didn't realize these adult birds were 16-19 inches long. That is huge.

This is my favorite woodpecker. I hope to spot one someday. I seem to remember seeing these when I was a child in my home state of NJ. Awesome!