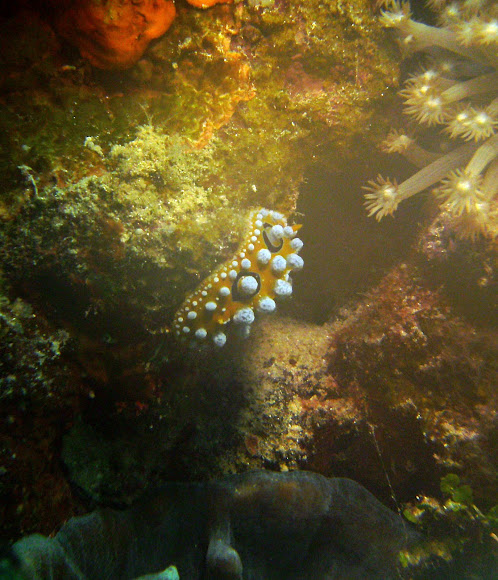 Phyllidia ocellata is a species of sea slug, a dorid nudibranch, a shell-less marine gastropod mollusk in the family Phyllidiidae. This animal can measure up to 60 mm in length. There is some variation in this species but most commonly this nudibranch has a yellow body with a dorsum covered in yellow or white tubercules. There are varying patterns on its upper body, typically between four to ten black rings edged with white surround the tubercules. Some specimens found in southern Thailand have dorsums with a mainly black background and yellow tubercles, but very little or no white colour.

This species is widely distributed throughout the Indo-West Pacific Ocean the Red Sea.