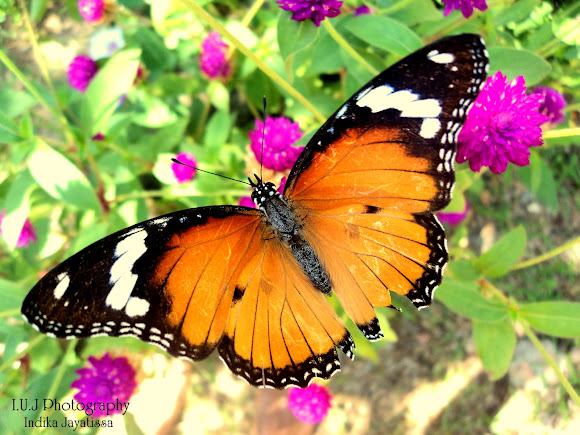 The male flies fast and somewhat erratically but settles frequently on vegetation close to the ground, on bushes or small trees but take no notice of flowers. They haunt the same locations for a few days in the search of females before moving on in search of more suitable locations. The female has a slower flight and tends to stay close to the ground, but when disturbed displays a faster flight than that of the Plain Tiger, which it mimics. It wanders about a great deal in search of its larval food plant or mates, and is rarely seen in the company of the males, except during courtship and mating.

This butterfly is not uncommon and occurs everywhere on the island, up to 3500 feet, particularly in the Dry zone and intermediate zones. It appears in large numbers at the onset of the North east monsoon. It prefers open scrub jungle and well-lit openings. It is common on the coastal dunes and thorn scrub at Hambantota. The female is less abundant than the male.

Nice one. Must have spent five hours on this butterfly today :)