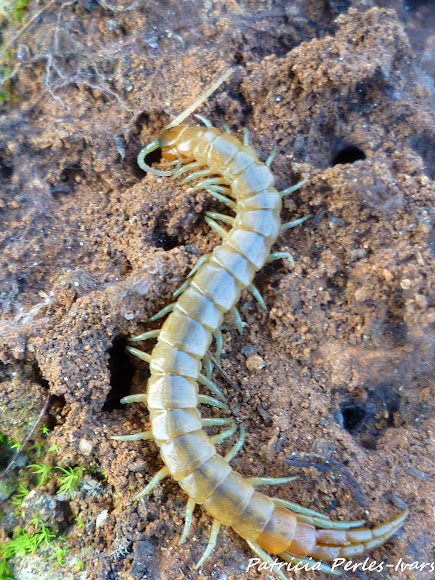 The species has alternating bands of black and yellow-gold. At approximately 10-15 cm, Scolopendra cingulata is one of the smallest species in the family Scolopendridae. Its venom is also not as toxic as that of other scolopendrid centipedes. Widely distributed, this species can be found throughout southern Europe and around the Mediterranean Sea, in such countries as Spain, France, Italy, Greece, North Africa. *I think it's a juvenile one*

Scolopendra cingulata is a burrowing animal, preferring dark, damp environments such as beneath logs and in leaf litter

This species is fast and aggressive. Scolopendra cingulata is an opportunistic carnivore. It will attack and consume almost any animal that is not larger than itself. These include insects and small lizards.