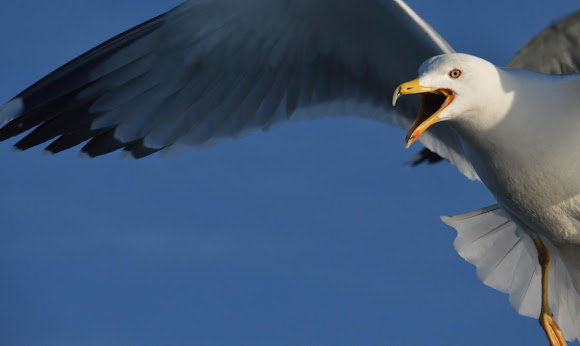 The Yellow-legged Gull (Larus michahellis), sometimes referred to as Western Yellow-legged Gull (to distinguish it from eastern populations of yellow-legged large white-headed gulls), is a large gull of Europe, the Middle East and North Africa, which has only recently achieved wide recognition as a distinct species. It was formerly treated as a subspecies of either the Caspian Gull L. cachinnans, or more broadly as a subspecies of the Herring Gull L. argentatus. It is named after the German zoologist Karl Michahelles.