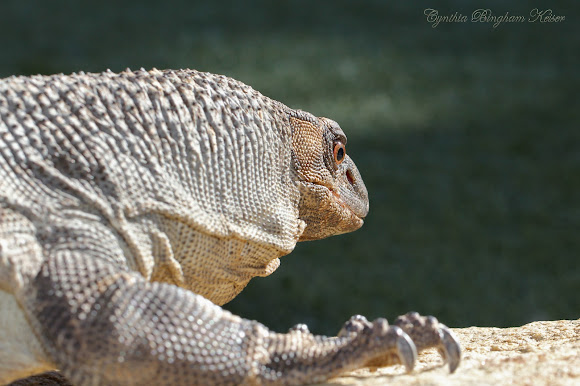 This monitor has rough scales compared to other species. "It usually reaches an average adult size of 3–4 ft. (90–120 cm), with a maximum length of 5 feet (150 cm), reported. The rough-necked monitor can be easily recognised by large pointed scales adorning the necks of adults." - Wikipedia

san diego zoo safari park "The habitat of Varanus rudicollis is limited to primary and secondary rainforest and mangrove swamps. In the wild the black roughneck monitor is very rarely seen, but whether this is because of its rarity or its very secretive behavior is uncertain. They are often kept successfully in captivity, but have a shy disposition." - Wikipedia