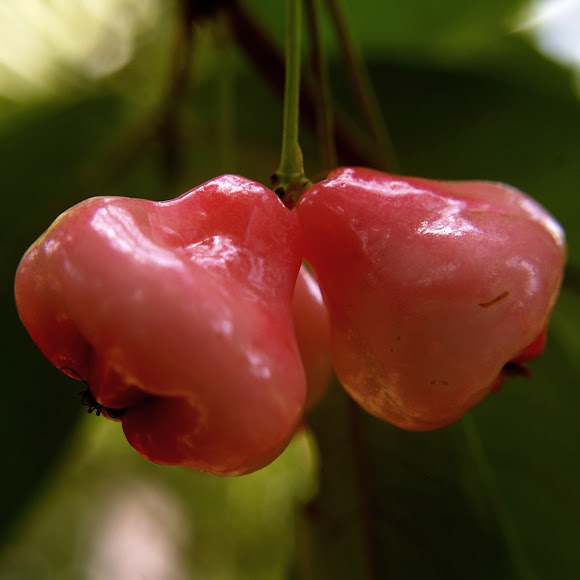 It is native to an area that includes the Malay Peninsula, and the Andaman and Nicobar Islands, but introduced in prehistoric times to a wider area and now widely cultivated in the tropics.

Thank you for the information, Seema

its called rose apple and water apple too

I did that, S Frazier

Hello. I think the second image would be a better lead photo :-)