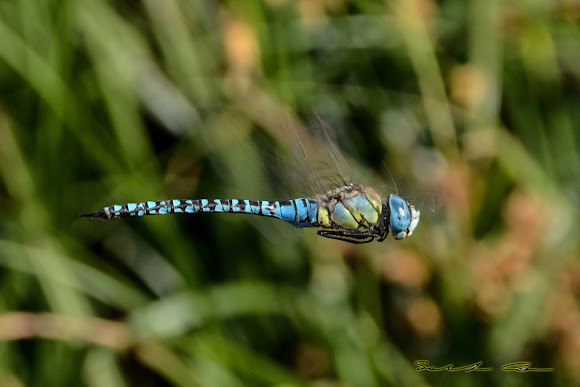 Aeshna affinis, the southern migrant hawker or blue-eyed hawker, is a dragonfly found in southern Europe and Asia. It is in the family Aeshnidae and is very similar in appearance to A. mixta.

A. affinis is found in southern and central Europe and all around the Mediterranean, in North Africa and the Middle East and across Asia to China. It is found on many Mediterranean islands including Menorca, Corsica, Sardinia and Sicily.

The last photo is the habitat.

Thanks Daniele, was enough a little patience. :-)

Great job catching it in flight :-)