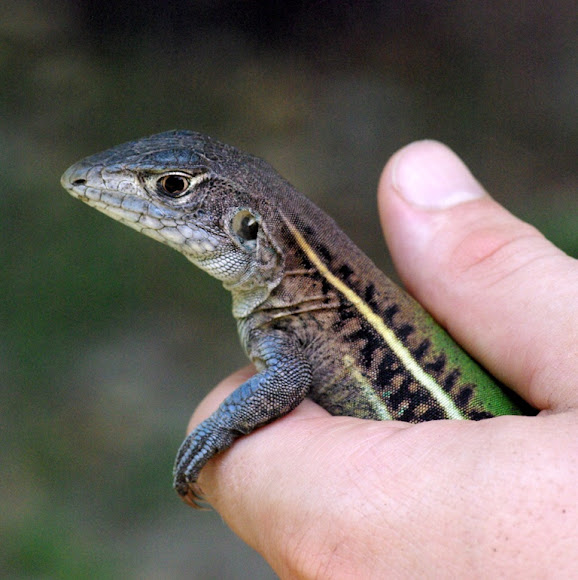 A medium-sized lizard, with an exceptionally long tail, this Teiid is a sprinter. Running fast is both his main weapon against his prey and his best defence against his enemies. In the blink of an eye he is gone, taking refuge under a nearby log or rock where he remains until the danger has passed. Just in case anybody is lucky enough to get close to him he has developed a further defence, losing his tail, which then wriggles as though it is alive whilst the animal escapes to fight another day. The tail will eventually grow back. (faunaparaguay.com)