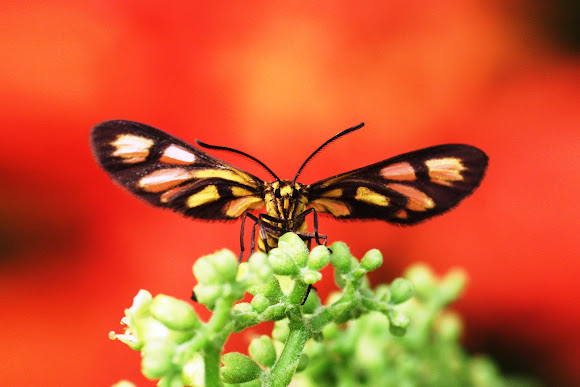 This day-flying toxic moth contains hydrogen cyanide (HCN) throughout all stages of their lifecycle. Unlike most insects with such toxins, they obtain glucosides from feeding on birds-foot trefoil (Lotus) so they can use HCN as a defence. However, they are capable of making HCN themselves, and when in an environment poor in cyanide-producing plants, synthesize it themselves. - wikipedia

Beautiful pictures of a beautiful moth.

this is so beautiful, Leana! Love it!