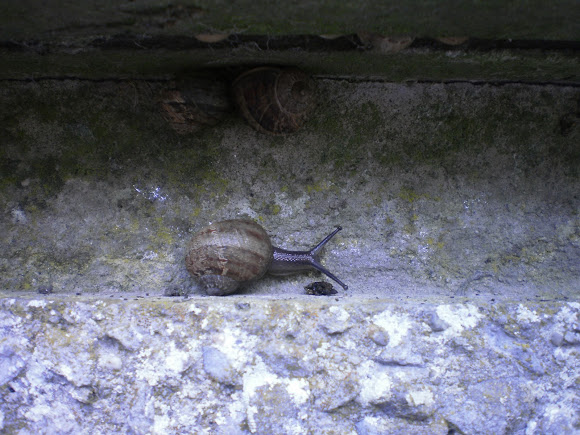 This snail is in fact edible. One of the reasons that it got its name Roman snail is because the Romans would glue them to paper (so they can't get away) and then feed them milk. When the snails got so big it could no longer fit in its shell they would eat them.