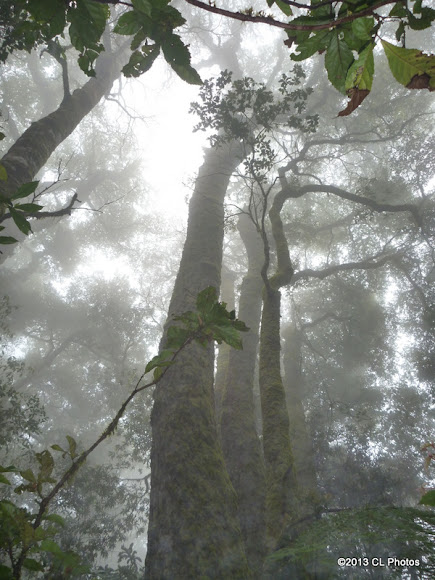 Nothofagus moorei, is an important Gondwana relict of the rainforests of the southern hemisphere. It occurs in wet, fire free areas at high altitude in eastern Australia. Once referred to as 'Negrohead beech', but now as 'Antarctic beech' (not to be confused with its South American relative, Nothofagus antarctica) is an evergreen tree native to the eastern highlands of Australia.

Thanks .. I love this eerie forest and I hope to see it again soon. :D

Today is International Day of Forests, and we celebrate with these beautiful and eerie Antarctic beeches as our Spotting of the Day! Congratulations Christiane!

Thanks Argy Bee and C.Sydes. This forest is so beautiful and this trees make you feel sooo very small! :)

Beautiful. So atmospheric and so appropriate for this species.

It surely looks like magical, mythical and beautiful. Thank you very much for sharing.

Thanks RiekoS ... It is a magical place and it feels sooooo old..