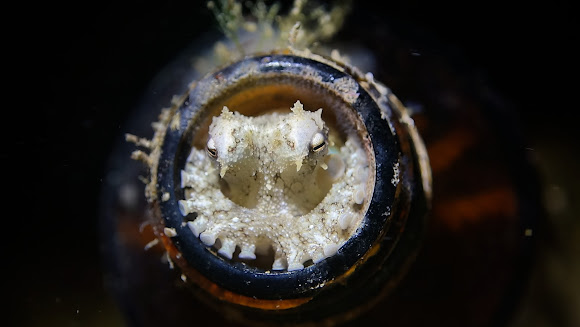 Octopus has been known to be an intelligent animal. This picture shows a Juvenile Veined Octopus using a beer bottle as its home. They are also called Coconut Octopus as when they were newly discovered, they were found to be hiding, using and carrying coconut shells as their home/shelters.