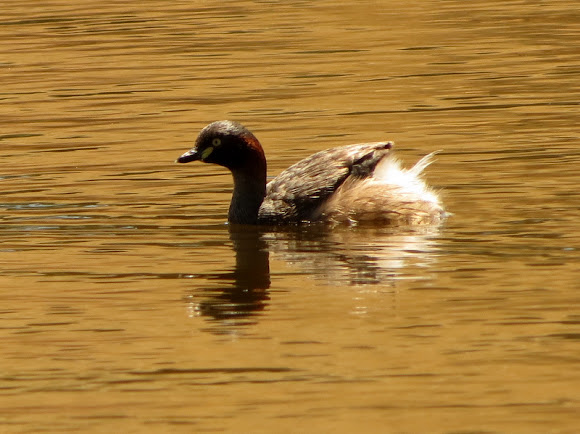 A small waterbird with two distinct plumage phases. The non-breeding plumage of both the male and female is dark grey-brown above and mostly silver-grey below, with a white oval patch of bare skin at the base of the bill. During the breeding season, both sexes have a glossy-black head and a rich chestnut facial stripe which extends from just behind the eye through to the base of the neck. At this time, the eye becomes darker and the patch of skin at the base of the bill becomes pale yellow and more noticeable. When approached, Australasian Grebes usually dive under water.

The chestnut facial stripe shown in the pictures suggests that it is breeding season for these Grebes.

Nice. We've been seeing a lot more of them this year in Tasmania. They must be doing well.