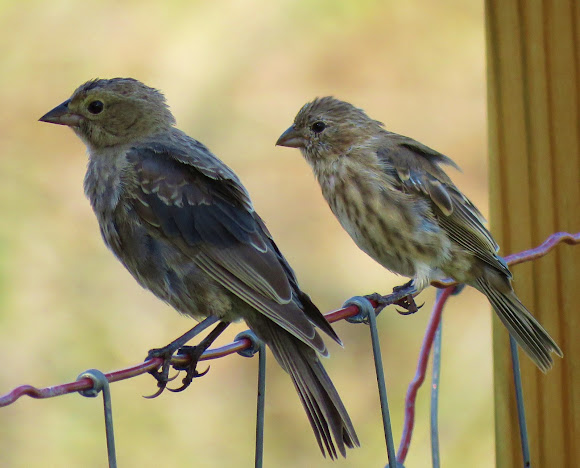 On the left is the immature brown-headed cowbird and on the right is its foster mother, a female house finch. Cowbirds do not build their own nest but put their eggs in a nest of a surrogate parent for them to raise. They can lay eggs in the nests of more than 220 species of birds. However, a female cowbird may specialize on one particular host species.

Look for Brown-headed Cowbirds in fields, meadows, and lawns. They generally avoid forests. This particular immature cowbird with its foster mother was spotted in a field at Kinder Farm Park in Millersville, Maryland.