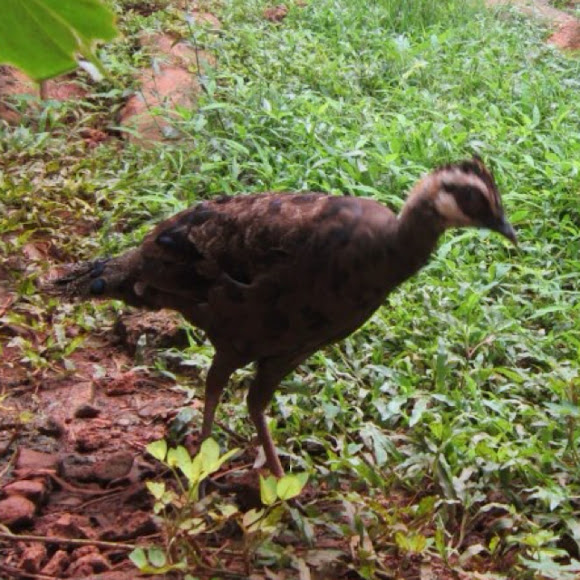 The male is the handsomest and most peacock-like member of the genus Polyplectron. It has an erectile crest, a white stripe over the eyes and highly iridescent metallic green and black plumage. The tail feathers are decorated with large blue-green ocelli, which may be spread fanlike in courtship displays. The female is smaller than the male. It has a dark brown plumage with a short crest and is whitish on the throat, cheeks and eyebrows.

Endemic to the Philippines, the Palawan Peacock-Pheasant is found in the humid forests of Palawan Island in the southern part of the Philippine archipelago. The female usually lays up to two eggs.

Palawan peacock pheasant not a peacock...