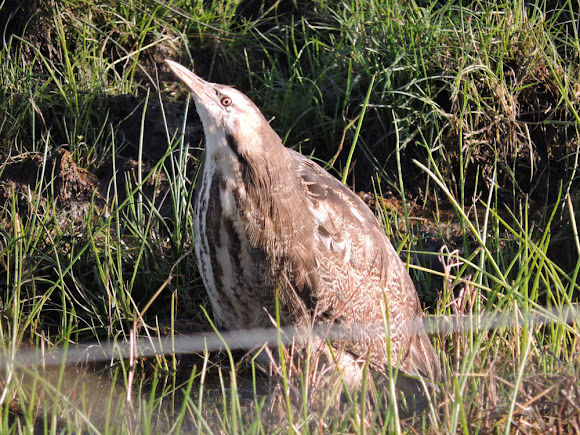 A deceptive bird in size and in camouflage. Colouration is mainly brown with stripes and flecks of grey and white and lighter brown. His head is small with a very large strong straight beak. They are heron in appearance, but can change their shape at will and look like anything from a stick to wavy bit of tussock. They have very short tails, and are quite recognizable when they fly, looking like a sort of cut off heron , with a raggedy tail, but it is not their tail at all , it is their long yellow feet extending out behind them beyond the end of their tail.

Bitterns are like some kind of rare pokemon for birders here, they are quite rare in NZ I think, at least in visibility. This is the not my first sighting of a bittern here, but the first decent photo, because he was right by the road just doing his stick thing, no one else even noticed him there...