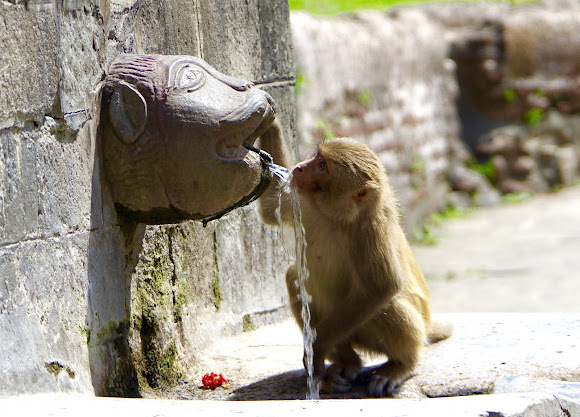 This is a juvenile that was playing around a ancient fort in Kangra India. There was a family in the area and they took turns getting drinks . The second photo is of an adult that found a bag of masala flavored chips and was eating them. I was pretty close to the adult but the little ones were very skitish. Ther hair is golden on their backs.

Everywhere in India, from grasslands to forests. They tend to be near people which is not hard to do in India. I worry about their health since they were often seen eating from dumpsters as well.