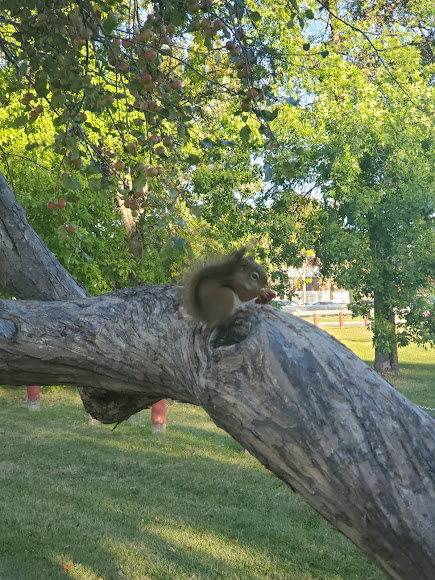 A very cute American red squirrel in a public park. It's nice to see a variety of squirrel that isn't the fox squirrel or eastern gray squirrel that I'm used to. Their genus is known as the pine squirrels, as they fed primarily on the cones of said trees. These guys are one of the smaller of the North American varieties of squirrel. Interestingly, this species females enter estrus only one day a year, in which she is chased by several males. Litters range from one to five pups. Despite their size they're also very territorial, and any red squirrel who does not establish a territory within a year is unlikely to survive, with a twenty-two percent mortality rate among young squirrels.

Native to Canada, the upper parts of the US and into the Southeastern US. Dependent on conifer forests, these squirrels have also been noted to be expanding into hardwood forests.