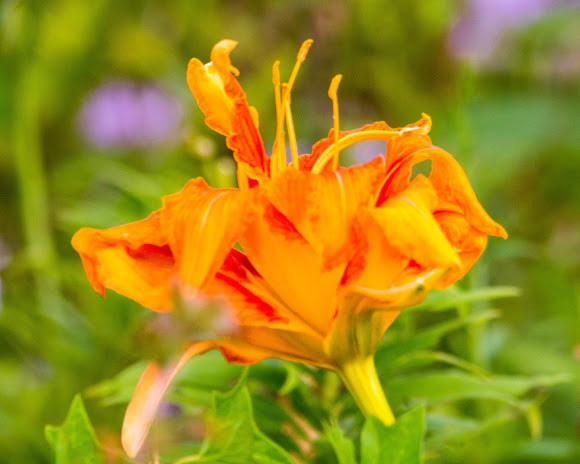 It is not a true lily in the genus Lilium, but gets its name from the superficial similarity of its flowers to Lilium and from the fact that each flower lasts only one day. Native to Eurasia but brought to the New World for cultivation and escaped into the wild.

The whole plant is edible. With wild bergamot in the 2nd and third photos