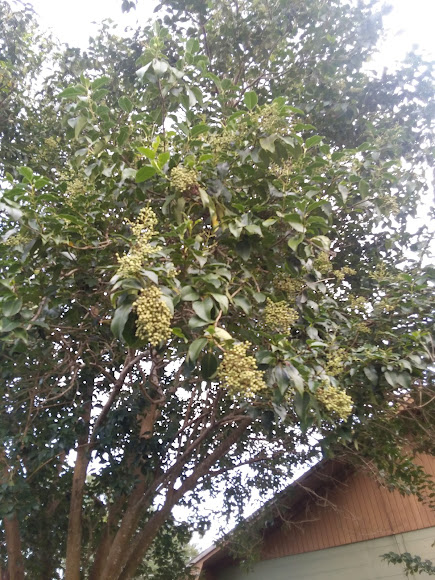 A glossy privet in the neighbourhood of Cocoa Beach, Florida. The glossy privet is a plant in the olive family and is actually native to China and other Asian countries. It however is popular as an ornamental plant and has become invasive in parts where it was introduced. The fruit of the plant is used in China's "traditional" medicine. and are believed to nourish liver and kidney yin and jing (what haha) in the treatment of tinnitus, vertigo, premature graying of the hair, and soreness/weakness of the lower back and knees.